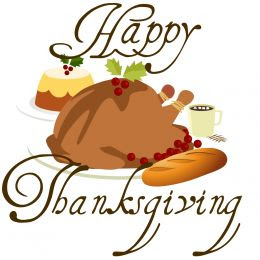 As much as each of the Jewish holiday has its own traditions, rituals and foods which I hold dear, the holiday which has the sweetest memories, traditions and rituals for me is Thanksgiving.
Growing up, my extended family plus many, many invited guests would start Thanksgiving morning at my paternal grandparents apartment on Central Park West, where we would be treated to a breakfast of Cracker Jack, giant gumdrops, cashews and chocolate turkeys. From the deep window seats which enclosed the radiators and toasted our legs, we would watch from our sixth floor view as the parade went by - the giant balloons seeming close enough to reach out and touch.
Other than my mother, my love of planning parties and meals and hostessing was inspired by my father's mother. From a very young age, my mother would put me on the train to Grand Central on the Wednesday before Thanksgiving, my father would collect me at the platform and deliver me to my grandmother, were I would help her set up for the huge party the next day. Though I'm sure in the first few years of that special treat I was not very much help, I would watch and learn. Fifty or so people stayed after the parade for Thanksgiving Dinner, so most of the meal of was catered, though my grandmother's Thanksgiving specialty was Sweet and Sour Tongue. I'm not sure what it had to do with Thanksgiving, but it was delicious - for those of us sufficiently adventurous to try it - and it remains a family tradition.
Since my grandmother's passing, our parade watching is now on TV, but breakfast remains the treasured sweets and treats - though I'll likely make fresh biscuits early in the morning before the turkey goes in the oven.
Over the next two weeks, I'll post the menu as it evolves (a joint effort between my mother, my sister, my niece and myself), with hints, ideas and suggestions.
Keep checking in - or better yet - sign up as a blog follower so you'll never miss a posting!
Posted by Debra at 3:30 PM